Let’s Talk About You

I am a professional boudoir and commercial photographer. I aim to help you improve your photography and help you to either make some money from your hobby or take those first steps into going professional.

If you are a beginner photographer you might have heard the term prime lens mentioned and wondered exactly what it is. And you might have wondered if you actually need one. But you may also be thinking that the zoom lens that came with your DSLR is a little limiting and is there something else you can use to give you the photographs that you want.

Maybe you bought a DSLR camera kit when you started photography. These usually come with a single small zoom lens. Now a zoom allows you to stay in one place and then by turning a ring on the zoom or using your camera buttons you can bring a scene closer or further away from you.

This has its advantages as you can stay in one place to photograph a scene in different ways. You can also stand further away from the action and by zooming in you can bring the action closer to yourself. This is great if there are other things in the way of you getting closer to your subject. Zoom lenses come in a wide range of focal lengths so you can zoom almost from wide angle to a telephoto – without moving yourself.

What are the Benefits of a Prime Lens?

So far a prime lens seems a lot more work. You have to physically move closer or further away from your subject rather than standing in one spot. And honestly, I thought the same thing when I first received a 35mm camera (it was before DSLRs). Why would I want a prime lens when I could photograph everything from one spot?

Well, when I got my first prime I understood some of the benefits.

1. Prime lenses are much much lighter than their zoom counterparts.

Because a prime lens has less moving parts than a zoom they are much lighter. For example, my 70-200mm zoom lens weighs about 3.5 pounds whilst my 85mm is less than 1 pound in weight. That makes a massive difference when I am carrying a lot of gear about with myself. Prime lenses are also smaller in size making them easier to carry.

But, as a prime lens is lighter and smaller it is often easier to use when it is on the camera. The longer heavier, zooms are harder to stabilize (though more expensive zooms come with some form of image stabilisation). I find that my arms begin to ache if I have been constantly shooting with a 70-200 zoom for a couple of hours. Also it does mean that a prime lens is much easier to keep focussed and not suffer from camera shake.

Now as prime lenses come with less moving parts and are simpler in design. More often than not the optics are of a higher quality than zoom lenses. This does lead to less aberrations and visual defects giving a crisper and clearer image, ie a tack sharp image. This is not to say that zoom lenses have rubbish optics – that is far from the truth. But, there is a small compromise with zooms which is quality for the greater focal range. However, you probably will not notice this compromise unless you blow up your pictures to maximum size.

Zoom lenses are improving greatly in quality over the years. But, this does also come with an increased price. A kit zoom might only cost a couple of hundred dollars whilst a top quality zoom with the best optics will sell for over a thousand dollars (or more).

Maybe I should say therefore that you have better optical quality for about the same price.

If you ever see a sports photographer with a zoom lens then you will notice that these are massive lenses. The reason being is that a sports photographer wants the widest aperture that they can have (usually f2.8 in a zoom). Now to have this very wide aperture in a zoom lens, as you have a lot more parts, then you need a much bigger lens. This then leads to a much heavier and much more expensive lens which is usually in the thousands of dollars range.

With a prime lens you have a simpler design and less moving parts. Therefore, making a larger maximum aperture is less difficult so you will often see prime lenses with apertures of f2.8 and even f1.4 or f1.2. These lenses are much lighter and much smaller still than their zoom counterparts. They are also considerably cheaper in price.

You may wonder why you want to have this very wide aperture. Well, one reason is that when shooting in low light you can open the aperture to its maximum setting to let in more light to the sensor. This means that you then don’t have to raise the ISO settings and you can get a sharper photograph. Also when shooting portraits a wider aperture leads to a prettier bokeh effect. That is, where the subject is in focus but the background has been nicely blurred out. The photograph below is taken at f2.8 and you can see the subject is in focus but the background is blurred out. This means that the subject also stands out of the photograph more. 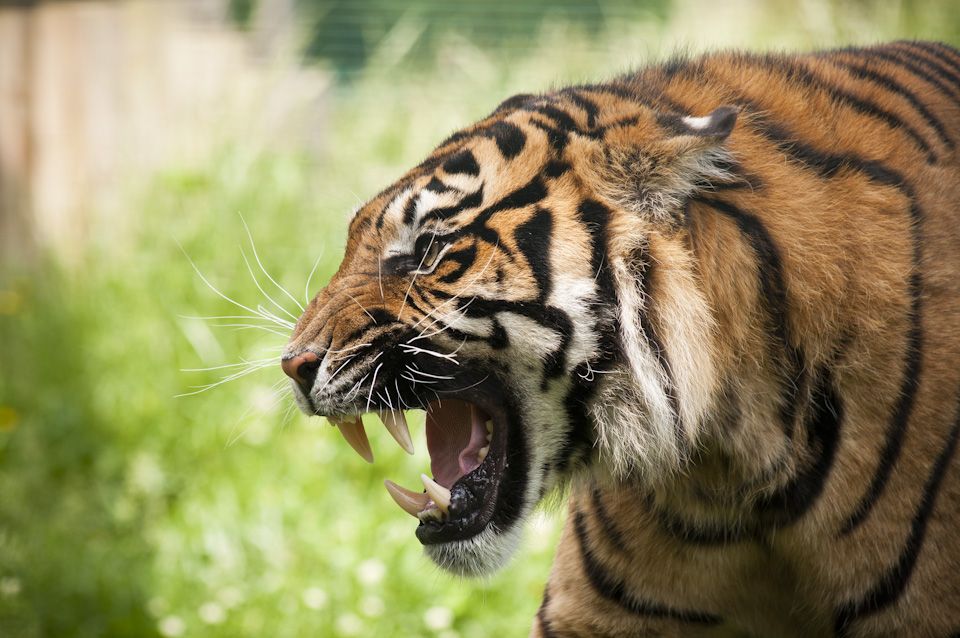 Does This Mean I Should Throw Out All My Zoom Lenses?

Ha ha – the simple answer is No! Though I do know a couple of pros who only use prime lenses – one is a studio portrait photographer and the other is a wedding photographer. But the majority of pro photographers I know have a range of different lenses both zoom and prime. Which one they will use is dependent on the subject and what they are shooting for.

As a beginner photographer, you may at some stage decide you want your first prime lens. Especially after you have become more confident with your zoom. A really good lens to start off with is a “standard” lens. This is usually a 50mm and you may have heard people mention a “nifty fifty” – well this is the 50mm lens. These lenses are extremely small and not too expensive to start with. You can get an f1.8 for a little over $100 making it a good starting investment.

The 50mm lens resembles standard sight. That is, when you are looking straight ahead without a camera then the parts of the scene that are in focus to your eyes resembles the range of the 50mm. Therefore the 50mm comes close to your standard field of view.

Personally, I love my 85mm prime lens. This has a wide aperture of 1.4 and it is fantastic for shooting portraits. I actually now use it more than my 70-200mm zoom mainly due to the sharp quality and the fact that it is not so heavy. After a few hours shooting in the studio I used to find that the 70-200 was feeling heavier and heavier when hand held (and I don’t use a tripod when shooting studio portraits as I like to change angles pretty often). With the 85mm my camera definitely does not feel so weighty and it saves my shoulders from aching after a full shoot day.

So therefore, you may want one or more prime lenses at some stage in your kit bag.